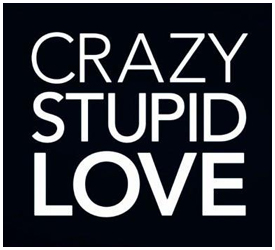 “At fortysomething, straight-laced Cal Weaver is living the dream–good job, nice house, great kids and marriage to his high school sweetheart. But when Cal learns that his wife, Emily, has cheated on him and wants a divorce, his “perfect” life quickly unravels. Worse, in today’s single world, Cal, who hasn’t dated in decades, stands out as the epitome of un-smooth. Now spending his free evenings sulking alone at a local bar, the hapless Cal is taken on as wingman and protege to handsome, thirtysomething player Jacob Palmer. In an effort to help Cal get over his wife and start living his life, Jacob opens Cal’s eyes to the many options before him: flirty women, manly drinks and a sense of style that can’t be found at Supercuts or The Gap. Cal and Emily aren’t the only ones looking for love in what might be all the wrong places: Cal’s 13-year-old son, Robbie, is crazy about his 17-year-old babysitter, Jessica, who harbors a crush on Cal. And despite Cal’s makeover and his many new conquests, the one thing that can’t be made over is his heart, which seems to keep leading him back to where he began.”

I’m a bit late to the party on this one, and I don’t really know how to put into words what I feel about this movie. Why? Because I liked it–but my reasons are very vague.

For one thing, Crazy, Stupid, Love reminds me of Love Actually, one of my favorite films. It’s light-hearted, and it’s a story about falling in love. It’s an escapist world where someone who looks like Ryan Gosling would need to apply to moves to get girls, and where a woman who looks like Emma Stone would settle for a douchebag of a boyfriend because she sees a promise of forever. And then you have the love triangle between Steve Carell, Julianne Moore and Kevin Bacon’s characters.

The movie has a very naive view of love, a very innocent take on what true love is–juxtaposed to the realization that love can also be hurtful, full of deceit, and (as River Song would put it) the cruelest warfare.

But the one thing that really made me love the movie was Emma Stone’s bestfriend/sidekick, portrayed by Liza Lapira. There really is something about funny sidekicks that make them stand out even more than the main characters.

Storytelling-wise, I think the movie could’ve done better. I don’t know how, personally, but there were instances that Steve Carell’s storyline took up too much time and we completely lost sight of Emma Stone. But it’s a small concern, that does make sense after the twist near the end. Unless it wasn’t supposed to be a twist, but we took it as such as we weren’t able to catch the first few minutes of the film.

And see how I don’t really know how to write down my thoughts about the movie?

All I know is that when the DVD comes out, I’ll be in line to buy it.